The Banda dos Curumins is a music band formed by students and teachers of the school and is a true example of how dreams can come true and what can be achieved with hard work and commitment.

The success and recognition gained by the Banda dos Curumins are the fruits of the passion, experience and, above all, human and artistic vocation of all the actors involved, whose enthusiasm and talent encourage the continuous development of the school. And as a result, the school is attracting more and more spontaneous collaborations of professionals in the field: Brazilians and foreigners, technicians and musicians recognized internationally.

Performing since February 2013 in a cultural, educational and artistic capacity, the Banda dos Curumins is formed mainly by Quarteirão da Música’s students, adolescents and young people from the outskirts of São Paulo. The group has been gaining increasing publicity and visibility due to its shows of recognized excellence.

Its musical repertoire includes authorial songs and re-readings of compositions by other artists and has, as its defining characteristic, the combination of musical genres and energetic rhythm performed by 16 members that form the suits of percussion, wind, harmony and vocals.

In addition to more than 30 performances in the region of Pedreira - SP, the following are noteworthy: 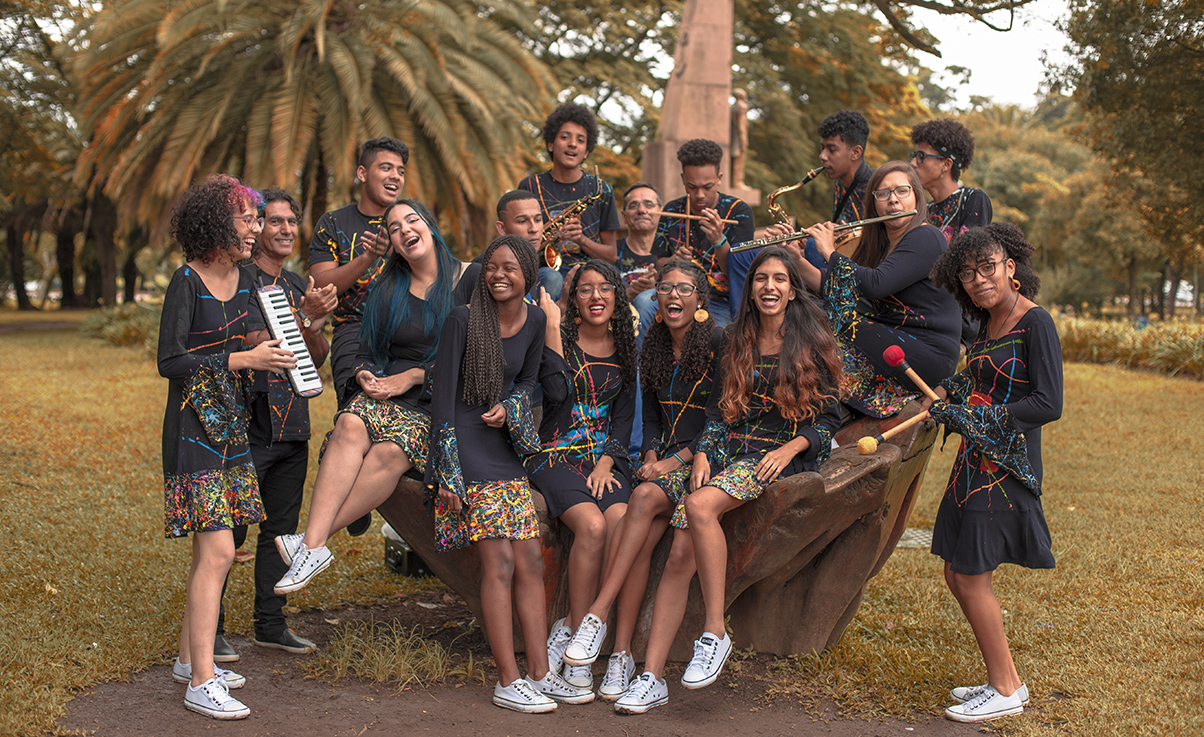